Introducing the stunning and rightly named, Superb Fruit-Dove. A colourful native to the Australian rainforests where we work.

The Superb Fruit-Dove is inhabits the tree canopy. It is a compact bird, with short rounded wings and a short tail. The male has a purple crown, an orange hindneck, a blue-black breast band that separates a grey upper breast from white underparts.

When Superb Fruit-Doves feed, they often actively crawl over and through the foliage in the canopy of the rainforest in search of fruit, sometimes even feeding while hanging upside down. Although they are brightly coloured — a spectacular mixture of purple, burnt orange, green and blue-grey, sprinkled with black spots — they are often difficult to see while foraging in the crowns of trees and their presence is most often betrayed by the sound of fruit falling through the leaves and onto the forest floor below. 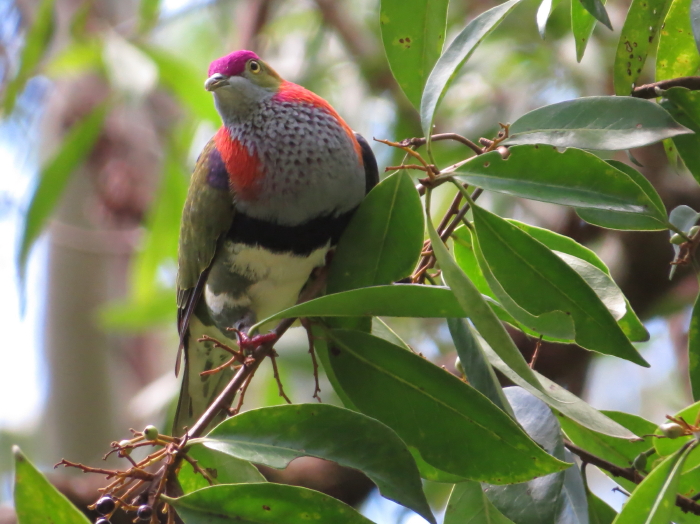 Native to Australasia, the superb fruit dove lives in the rainforests of New Guinea, Australia, Solomon Islands, the Philippines and Sulawesi of Indonesia. In Australia, it is found from southern New South Wales around the town of Moruya and extends further north, where it becomes more common to Cape York in Queensland. In some areas of its range, such as the New Guinean rainforest, it is a resident bird; in more marginal or seasonal habitats such as those in Australia, flocks are known to move about according to the availability of food (Frith et al. 1976). 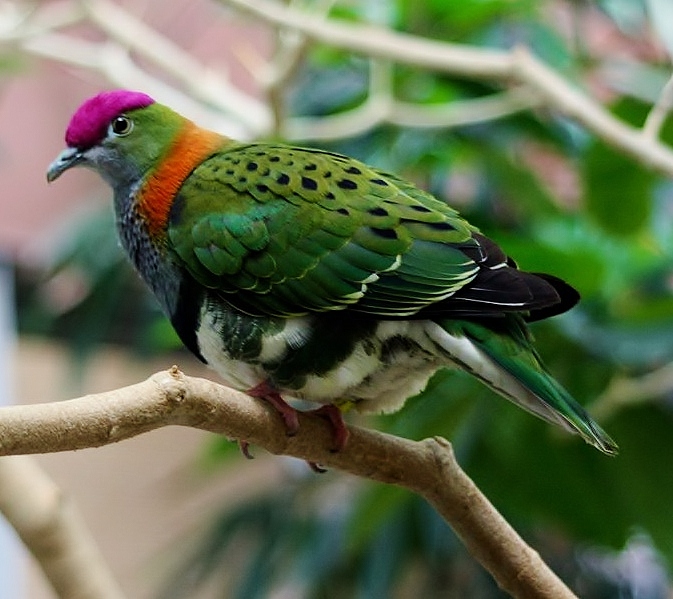