Located in Gunung Leuser National Park the project area is part of Leuser Ecosystem and the only place on the earth where 4 keystone species are living together – Sumatran rhino (Dicerorhinus sumatrensis), Sumatran tiger (Panthera tigris sumatrae),Sumatran elephant (Elephasmaximussumatranus),and Sumatran orangutan (Pongo abelii). Keystone species play a critical role in maintaining the structure of an ecological community, affecting many other organisms in an ecosystem. Without keystone species, the ecosystem would be dramatically different or cease to exist altogether. All of these four keystone species in Sumatra are critically endangered species.

The 100 hectare restoration project is a three year long endeavor that will establish approximately 500,000-600,000 trees on degraded rainforest land within the lowland rainforest of the Leuser Ecosystem, growing this rainforest by 100 hectares. Throughout the restoration site, oil palm trees will be removed and replaced with native rainforest species that bear fruits and provide food and habitat for endangered wildlife.

As a part of the Leuser Ecosystem, the Gunung Leuser National Park (GLNP) contains high biodiversity. There are about 4,500 plant species, 105 mammal species, 382 bird species and 95 herpetofauna species known living in this national park. These species numbers are equal to 54% of terrestrial species of Sumatra island.

Due to its high biodiversity value, in 1984, GLNP was designated as ASEAN Heritage Park. GLNP is also a part of Tropical Rainforest Heritage of Sumatra, together with Bukit Barisan Selatan National Park and Kerinci Seblat National Park. Unfortunately, in 2011, these World Heritage Sites were listed in the World Heritage Site in Danger, due to many threats occurring on the site such as encroachment, illegal logging and poaching.

Despite its high biodiversity value, the GLNP is still facing many threats. Vast tracts of the GLNP have been lost within the past 25 years, like 48% of Sumatra’s forests degraded due to logging, infrastructure development, internal migration, and plantation/agriculture development. As a result, the Gunung Leuser National Park was placed on the list of World Heritage Sites in Danger in 2011 (UNESCO 2014), with furthermore the LE in 2013 having been named as one of the world’s most irreplaceable protected areas (Le Saout et al. 2013). 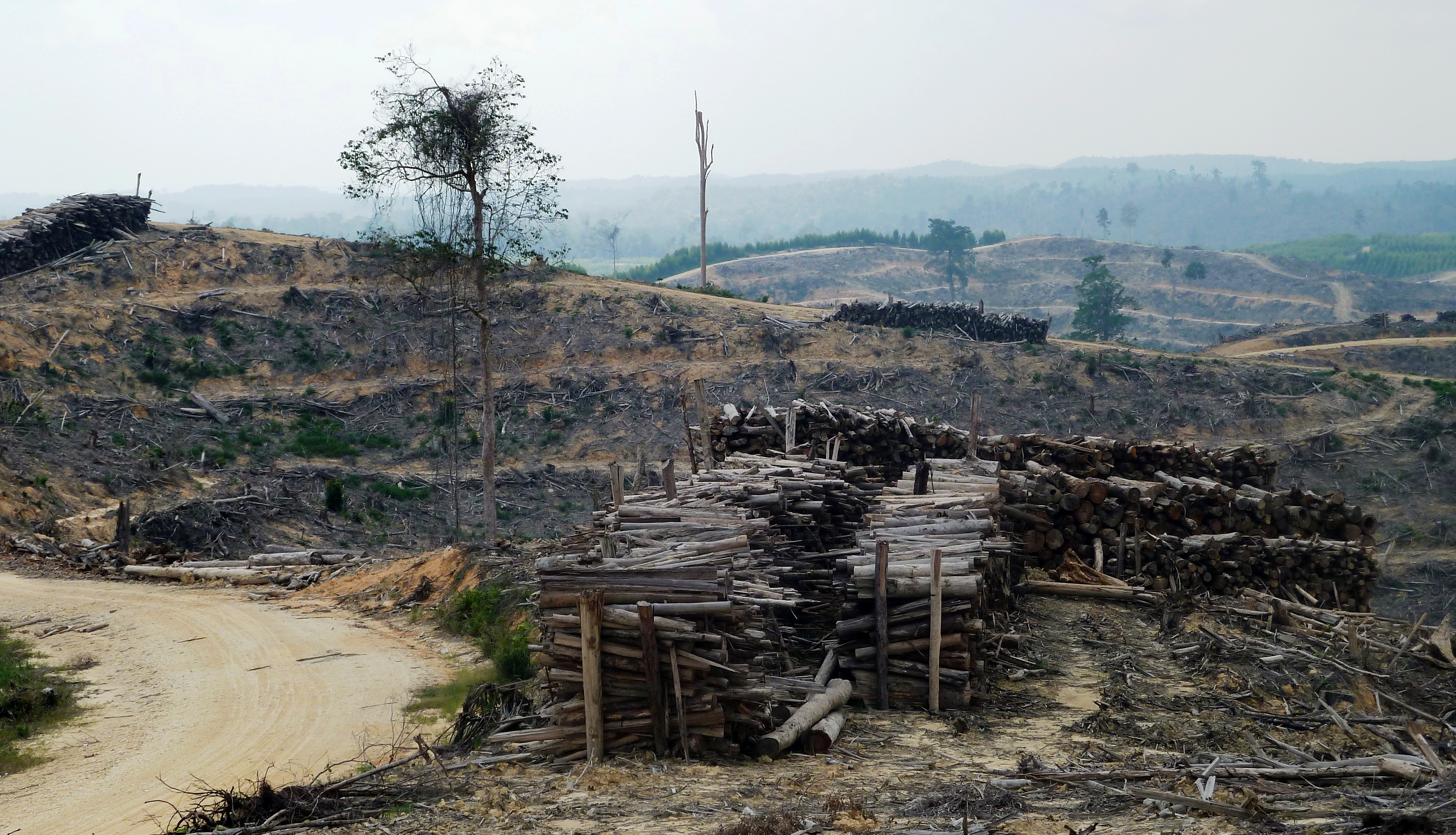 The three year project will work closely with local community, National Park authorities, and local partners on the ground to rehabilitate 100 hectares of rainforest land that has been degraded from logging, encroachment, and illegal Oil Palm plantations.

A key aim of this project is to empower local communities living adjacent to this area to enact targeted conservation that will in turn support their livelihoods through employment. To begin this process, a Community Restoration Group was created who have been busy building a nursery centre and restoration station on site. 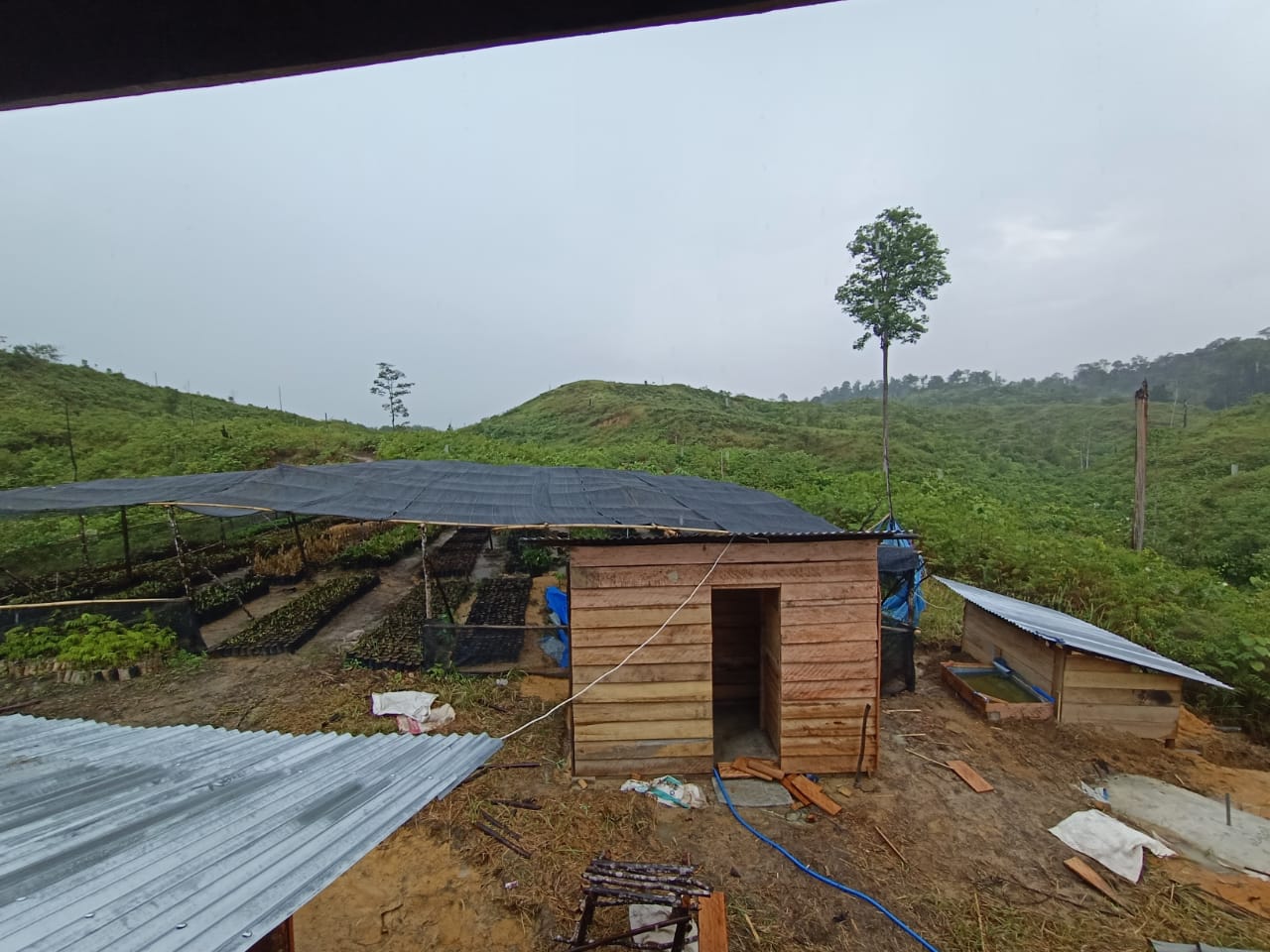 A nursery and restoration centre being built in Barak Induk by the local Community Restoration group for the reforestation of the surrounding area. Surrounding the nursery is, what should be, lush lowland tropical rainforest with a tall canopy trees and a thriving biodiversity. This area has been cleared over time for illegal logging and oil palm plantations.


Members of the Community Restoration Group are being trained in the production of seedlings and the rehabilitation of degraded forest through tree planting and methods of maintaining planted trees. 130,000 trees will be grown in these nurseries and planted throughout the project duration. Between planting seasons, Oil Palm trees will be removed and replaced with native rainforest species, and the natural regeneration of native seedlings will be maintained and monitored. 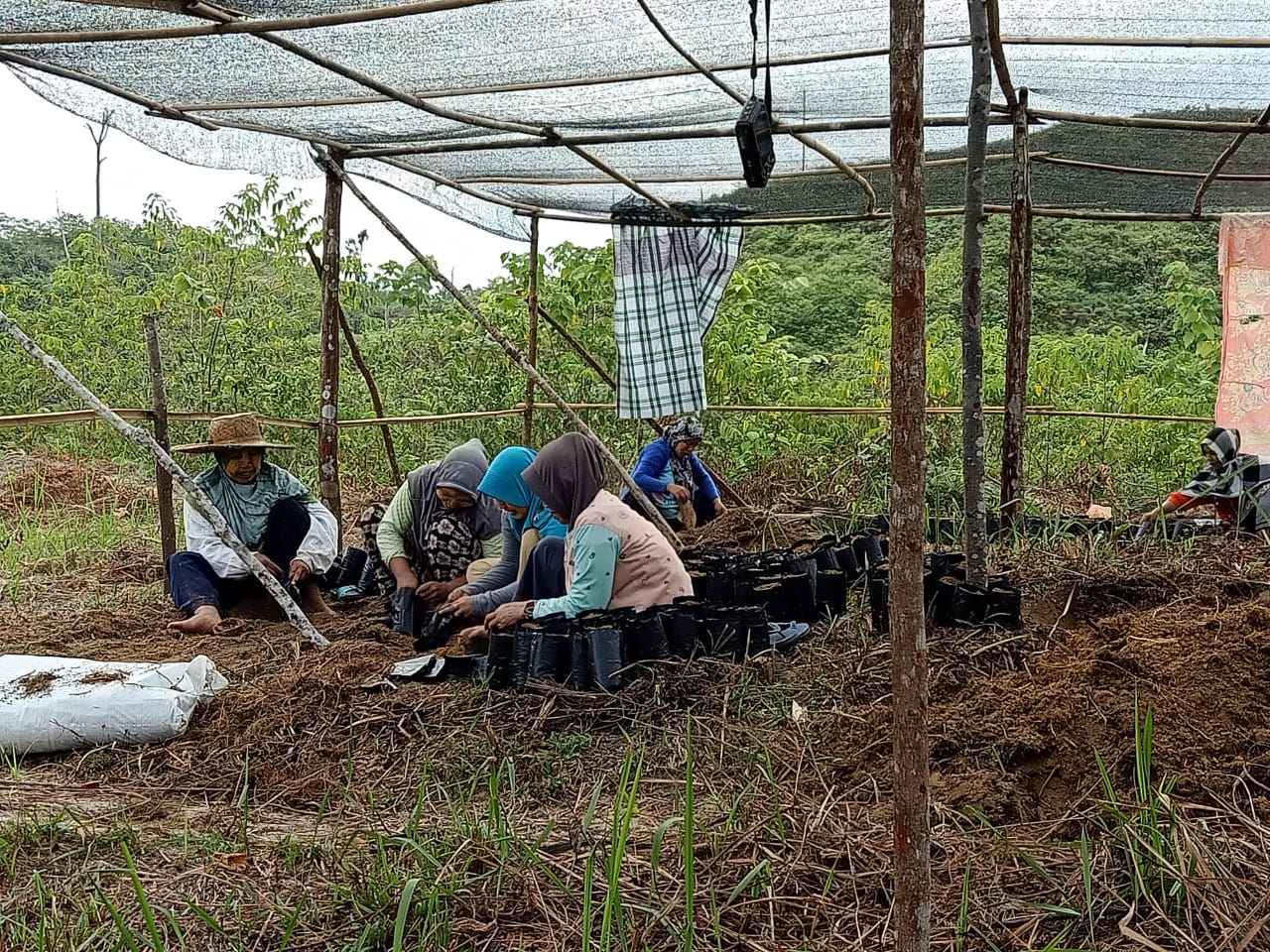 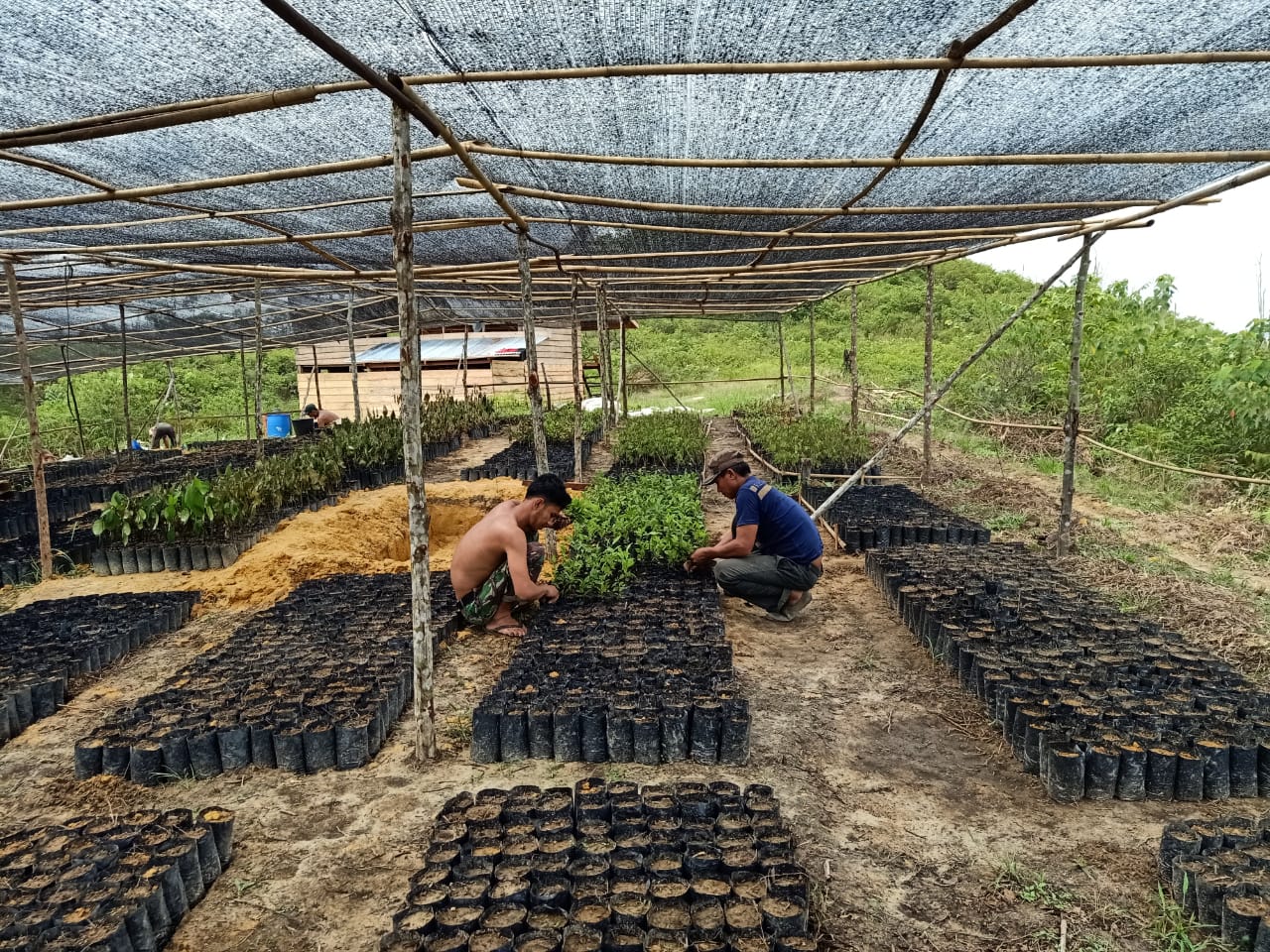 The first phase of planting in the wet season began in April 2021. To ensure these trees grow to maturity, the weeds surrounding them will be cut back and maintained.

After 3 years, 100 ha of degraded forest of GLNP will have been planted with native trees that grow well and increase forest cover in that area, providing a new home for the wildlife. After three years of restoration we will begin to see  some small mammals start to visit or to pass by the restoration site. And after 5 years, various wildlife species, ranging including ground dwelling birds such as great argus, primates and predators such as small cats will start to roam and to live within the restoration site. 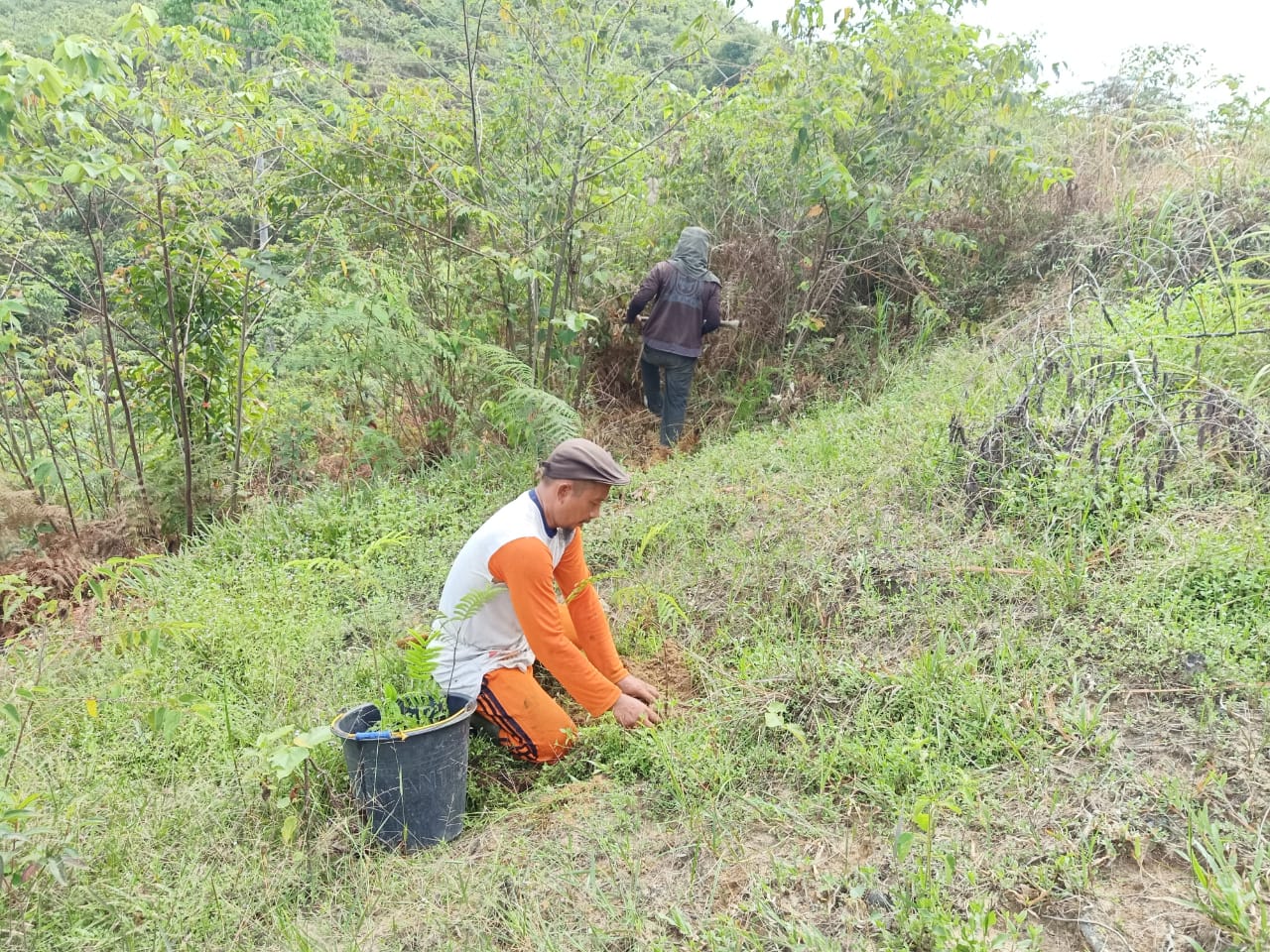 Support the work in Sumatra by donating a day for as little as $1 a tree! Your donation goes directly to the project to grow the forest and the impact this is having for the local community and local ecosystem.